There is no insect in the world hated more than the Mosquito. These pests can ruin events, transmit diseases and with a bite, cause an uncomfortable itch. A single successful breeding pair of mosquitoes can create a population of thousands over a period of several weeks.

Our main goal at SCCMAD is to annihilate the mosquito population while it is in the larva stage of its life cycle or the adult stage for the greatest impact of its population. We use a science based Integrated Pest Management (IPM) system to achieve this goal.


Mosquitoes are responsible for many different diseases, mostly tropical, however some of which occur in Illinois.  LaCrosse Encephalitis and St. Louis Encephalitis have historically caused human sickness in Illinois.  Eastern and Western Equine Encephalitis are also present in the United States but are not yet important in Illinois.  However, in 2010 a horse was euthanized from within the district with a probable case of Eastern Equine Encephalitis.  Other diseases such as Malaria, Dengue Fever, and Yellow Fever are found in the US mainly by people traveling to the tropics.  However, Illinois was once known as an area where Yellow Fever and Malaria were common.  Draining swamps, mosquito control, and advances in modern medicine have delegated these diseases to mainly third world areas.

Bird Flu and HIV cannot be spread by mosquitoes to humans.

You are most likely to get West Nile late in the Summer.  This is when the mosquitoes that spread the disease are most common.  Even if mosquito populations are low and you are not being bitten at night you should still use insect repellent.

La Crosse Encephalitis Virus (LACV) is transmitted to humans by the bite of an infected mosquito. Most cases of LACV disease occur in the upper Midwestern and mid-Atlantic and southeastern states. Many people infected with LACV will show no apparent symptoms. However, among the people who do become ill, initial symptoms include fever, headache, nausea, vomiting, and tiredness.

Some of those who become ill develop severe neuroinvasive disease (disease that affects the nervous system). Severe LACV disease often involves encephalitis (an inflammation of the brain) and can include seizures, coma, and paralysis. The severe disease occurs most often in children under the age of 16 and in rare cases, long-term disability or death can result from La Crosse Encephalitis.

Saint Louis Encephalitis Virus (SLEV) is spread to people by the bite of an infected mosquito. Most cases of SLEV disease have occurred in eastern and central states. Most of the people infected with SLEV have no apparent illness. However, for those that do fall ill from SLEV will display initial symptoms that will include fever, headache, nausea, vomiting, and tiredness.

Severe neuroinvasive disease (often involving encephalitis, an inflammation of the brain) occurs more commonly in older adults. In rare cases, long-term disability or death can result. There are no vaccines to prevent nor any medications to treat SLEV. Care is based on symptoms.

The Zika Virus is a disease spread by the bite of an infected mosquito or possibly through sex with an infected person. Similar to the West Nile Virus, many people infected with the Zika Virus won’t have symptoms or will only show mild flu-like symptoms. Zika Virus infection during pregnancy can cause a serious birth defect of the brain called microcephaly and other severe neurological problems in the fetus. 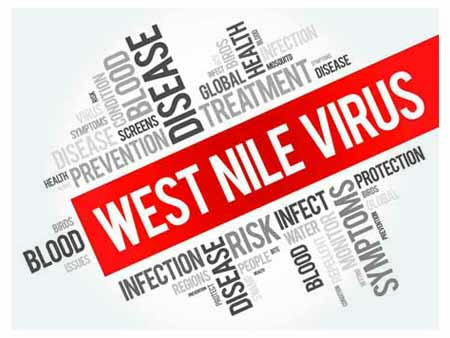 The West Nile Virus was first discovered in the United States in the fall of 1999.  It quickly spread across the US and today has been found in all of the lower 48 states, much of Canada, and south into Mexico and Central America.  West Nile Virus was first detected in Illinois in the fall of 2001 and in 2002 caused the largest mosquito borne Encephalitis outbreak in the states history, with 884 human cases.  Since this initial outbreak West Nile has not gone away.

Traveling outside Cook County? Be aware that besides the local diseases that mosquitoes transmit, there are several more mosquito borne diseases such as Malaria, Dengue, Yellow Fever, Eastern Equine Encephalitis and Chikungunya Virus that you can come into contact with.

Most of these species are unimportant and are just nuisances; however, some are disease vectors (insects that transmits a pathogen). In a typical year, over 90% of the mosquitoes found in the SCCMAD are of 3 species:

Other Insects Found In Our County

Read more: Other Insects Found In Our County 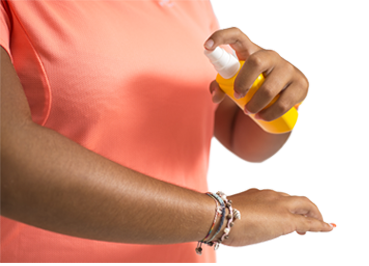 South Cook County Mosquito Abatement District goes to great lengths to combat the breeding of the mosquito population by attacking them at the larva and adult stages of their life-cycle.

As much as we work to control the mosquito population, you can also help by policing your yard for mosquito breeding grounds, reporting dead birds and utilizing personal protective measures such as a mosquito repellent for your own personal safety.